The telescope netted 11 supernova discoveries as well as a number of minor planet recoveries during this time, and continues to undertake research activities. In recent times, SPO has been involved in producing publishable spectra and is now primarily a spectroscopic instrument.

The site located in Perth, Western Australia, was established in 2001, and originally utlised a computerised 10″ Schmidt Cassegrain through which much of the Astrophotography currently on this site was achieved. In late 2003, the Sirius observatory was installed to permanently house the equipment. Motorised dome rotation was added in early 2005 to futher streamline unattended imaging. In mid 2005, dome shutter automation and weather monitoring were installed as part of a package to house new equipment in a cooperative supernovae hunting project with Tenagra Observatories.

During course of the Tenagra collaboration the dome and telescope performed flawlessly with over 100,000 slews in 3 years, imaging thousands of galaxies and resulting in 11 discoveries. Following this, a campaign of minor planet work was undertaken in collaboration with Paulo Holvorcem in Brazil, netting 3 main belt discoveries and dozens of NEO recoveries and confirmations. In recent times the instrument has been used to acquire publishable photometric and spectroscopic data. A summary of published observations can be found here.

Complete automation has allowed the system to run safely unattended throughout the night in varying weather conditions, and has become a model for the SPIRIT initiative at The University of Western Australia. The imaging system and telescope have undergone changes over the years, including the addition of a 14″ Ritchey-Chrétien in 2012 and a Shelyak Lhires III spectroscope in 2014. 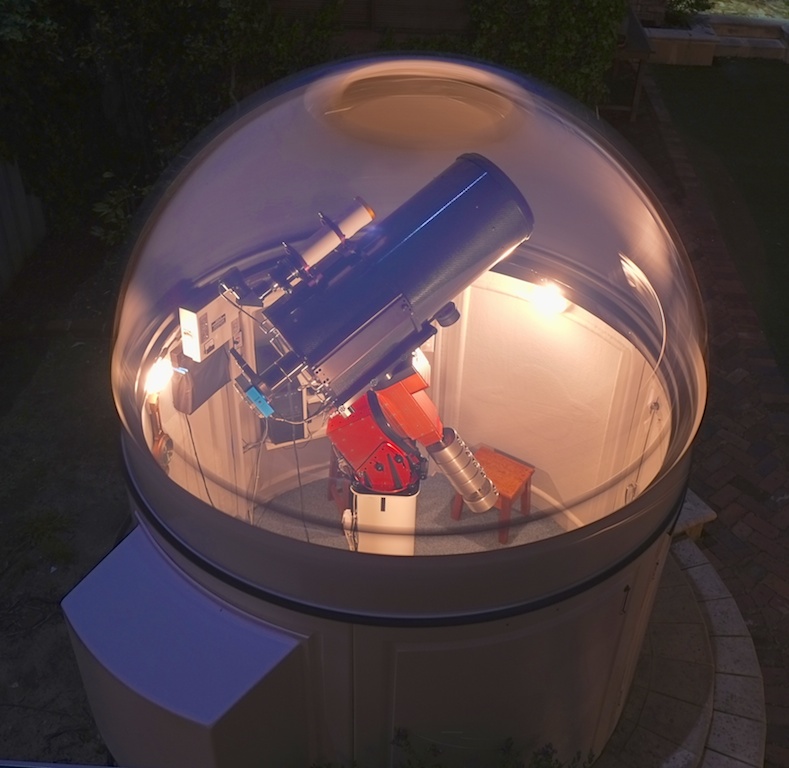 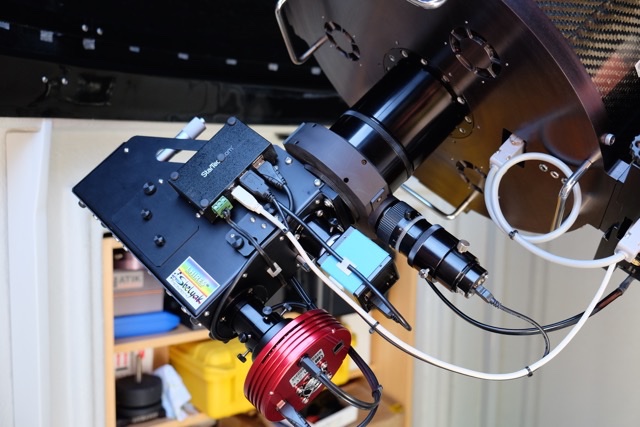 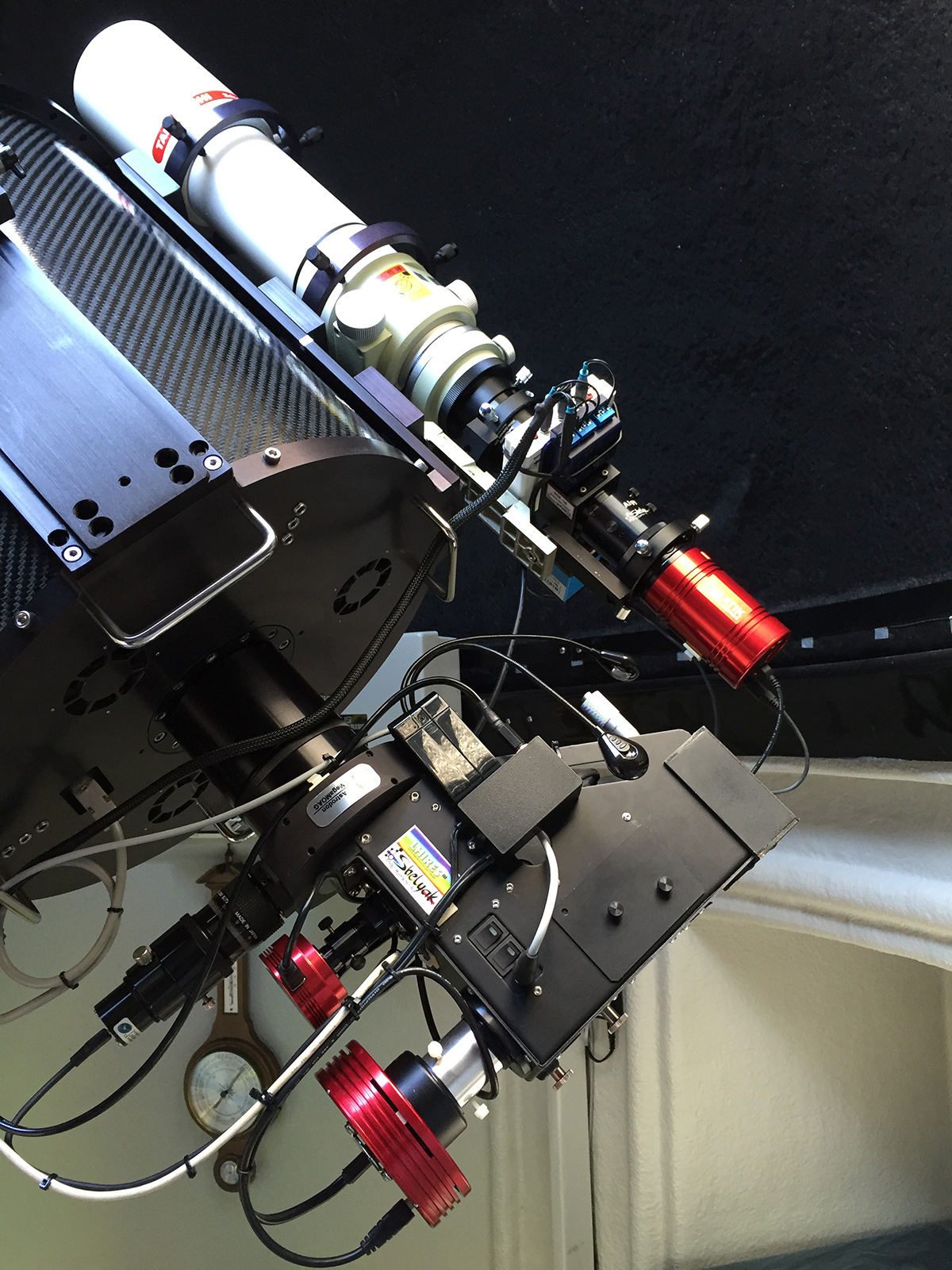 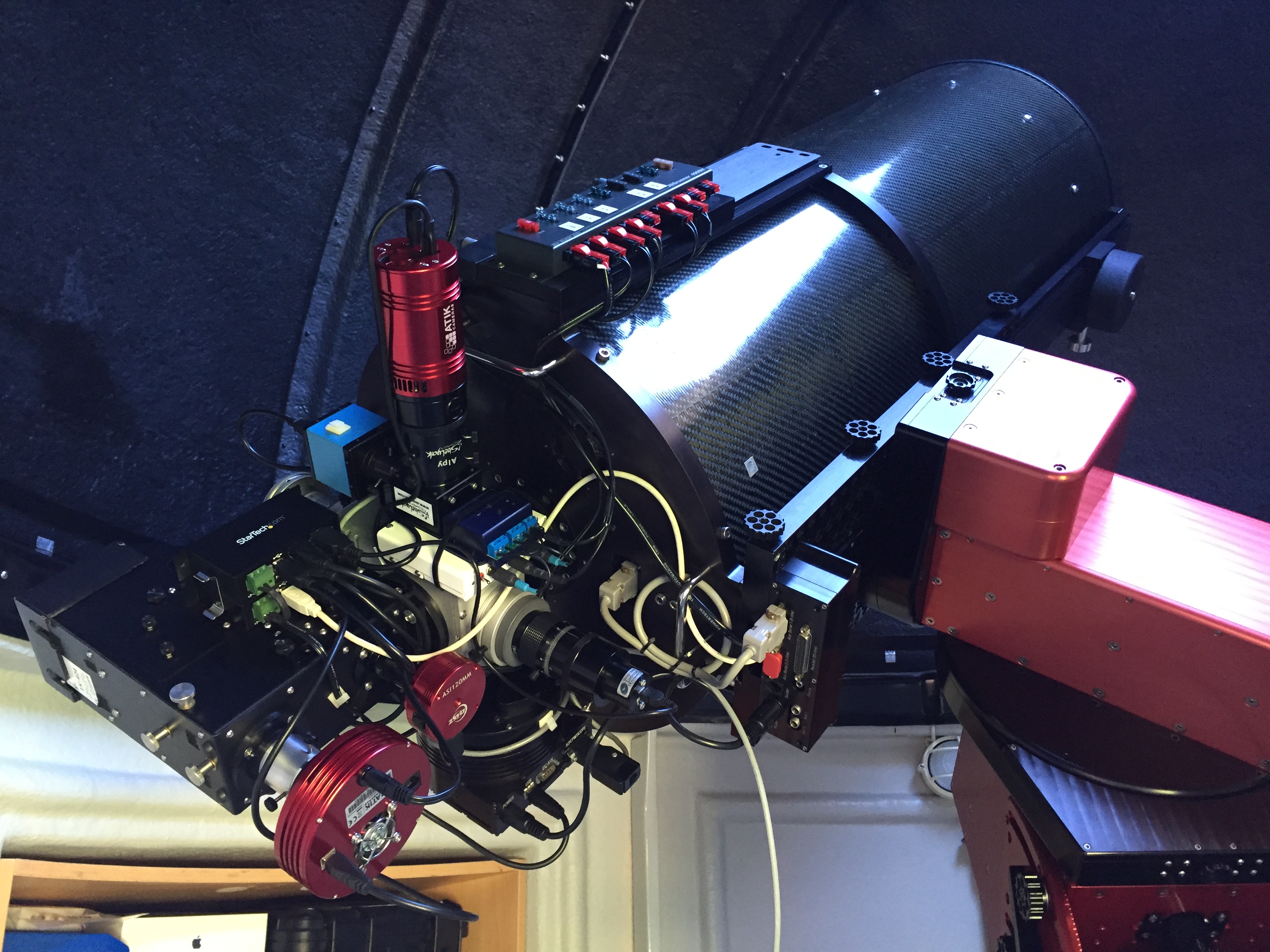 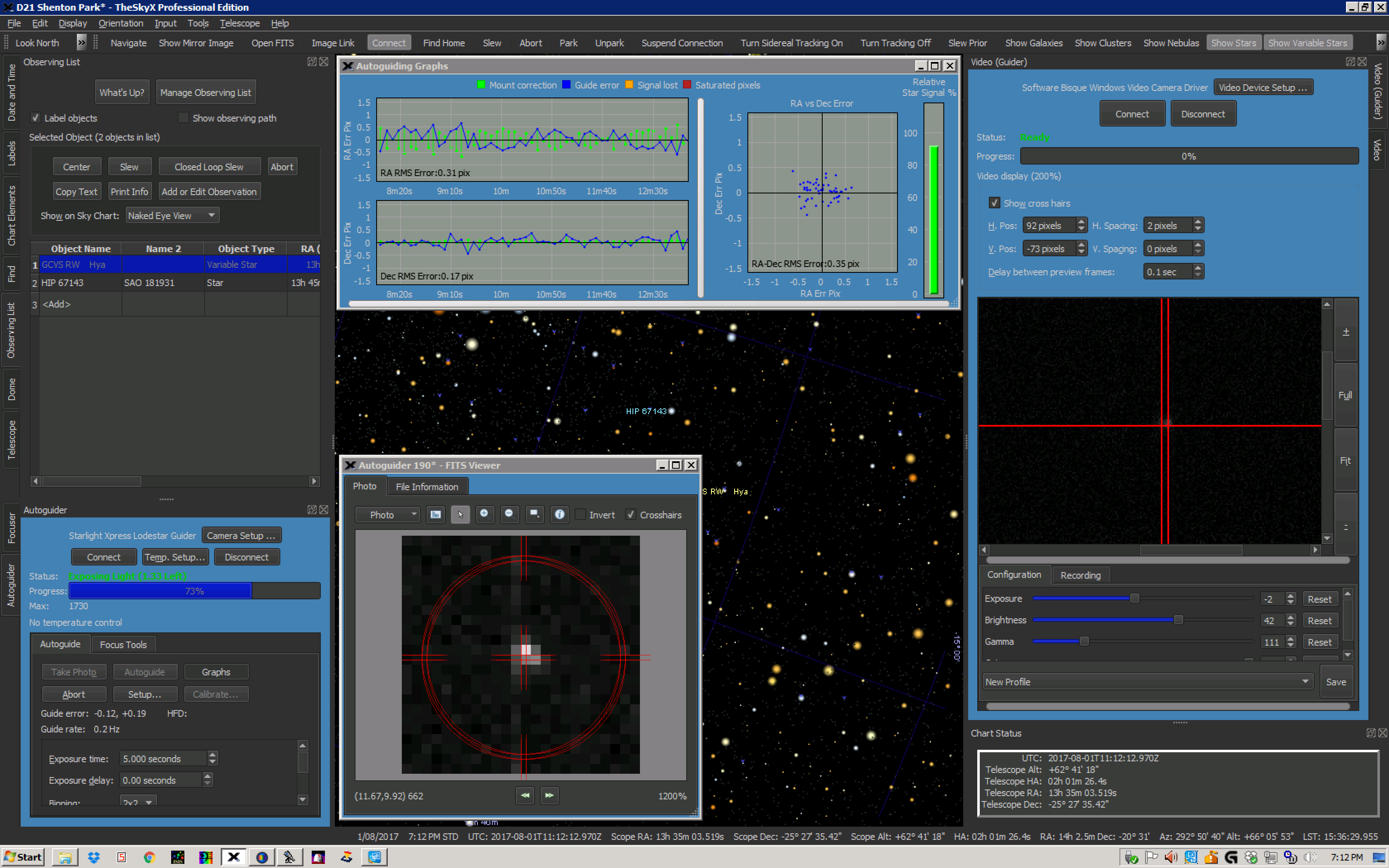 A screen shot of the observatory PC during image acquisition. ‘TheSkyX’ telescope and target control view includes autoguider status (centre windows) and a video feed of the target on the slit (right most window). 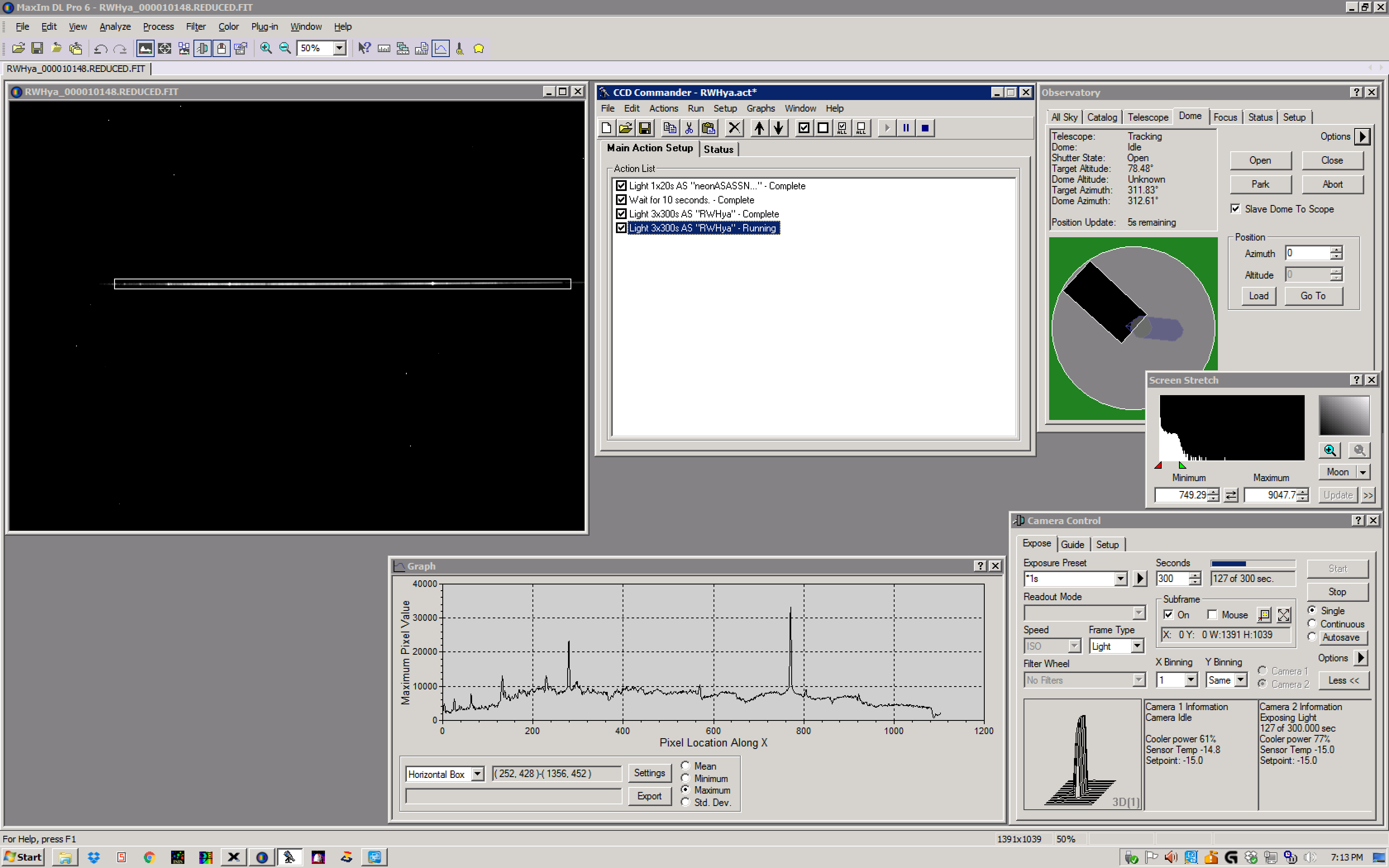