D21 Shenton Park discovers a new Mars Crosser – designated 2009 TV. The object was discovered on October 8th, and confirmed shortly after by our sister station 926 (Tenagra Arizona). 2009 TV is  kilometer-sized object at magnitude 18.4. At its closest approach it gets to within 1.56 AU from the sun, and has a relatively high eccentricity of 0.41.

Thanks to Paulo’s pipeline for picking this one up, and the help of Tenagra Arizona in confirming the discovery. 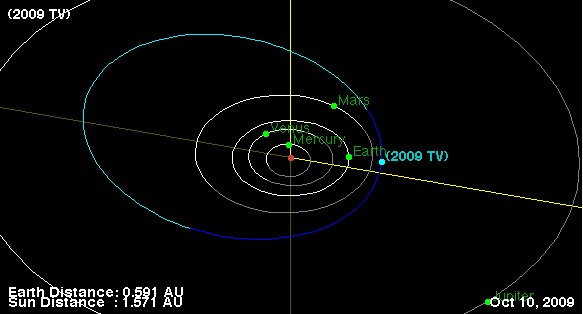