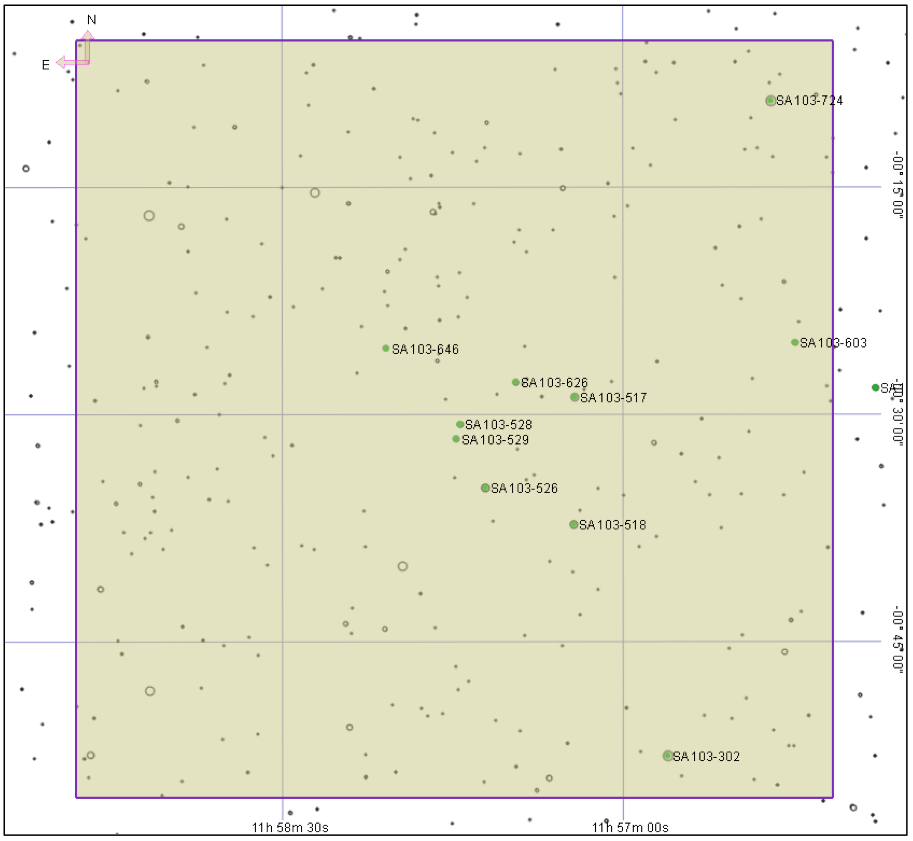 Two sets of measurements were made:

All images were acquired using a V band filter.

Exposures from 10s to 120s were taken in order to determine best star saturation for measurement. An average of 3 x 30s exposures were used for analysis. 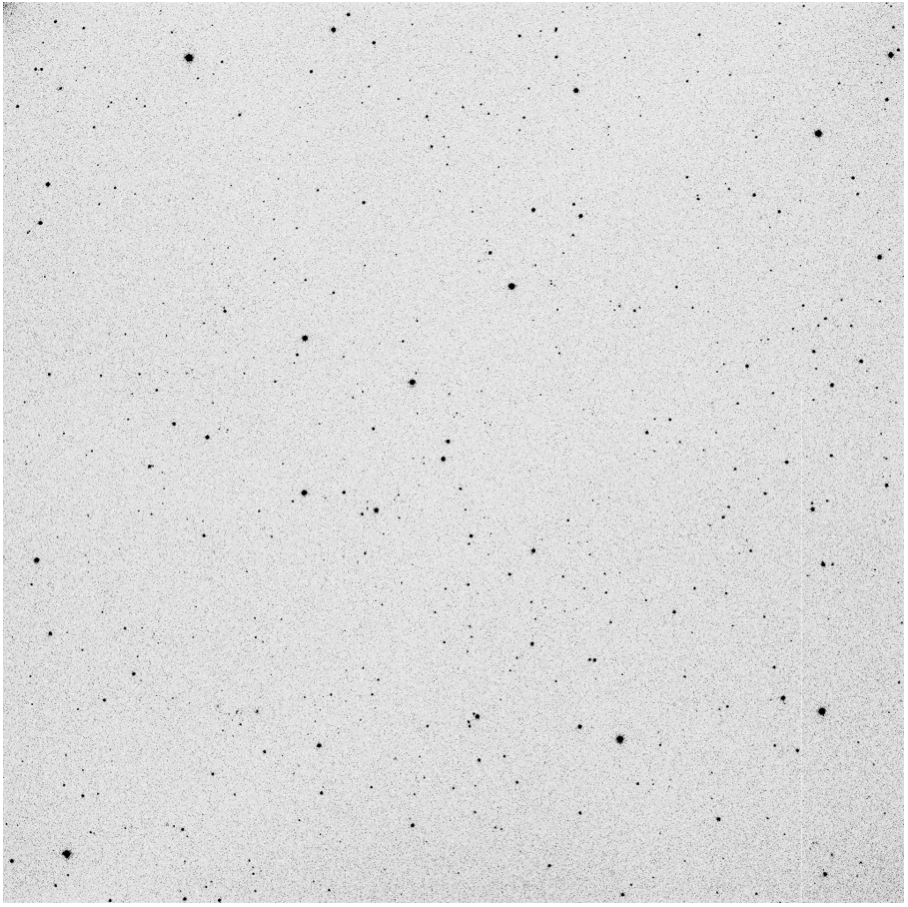 (From the MaxIM DL documentation, intensity =  sum of pixels within aperture – background.)

V magnitude was measured in MaxIM DL by calibrating Landolt star 103-256 to published V value, and then using the aperture to measure each of the other stars within MaxIM DL’s information tool. 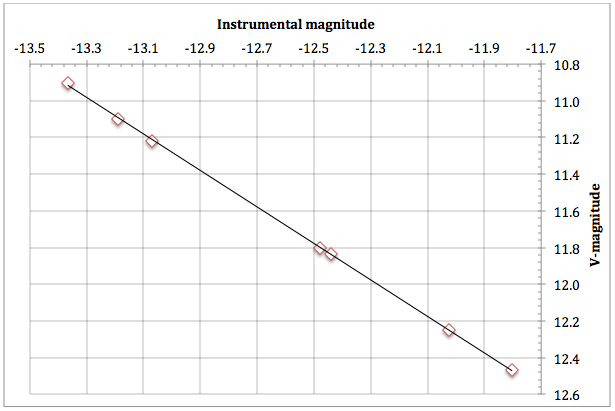 Magnitude measurements using MaxIM DL’s aperture tool appear to be accurate to an average of 0.003 mag for the targests used in this exercise.